Top 10 Signs: “Your favourite player is blazing the rankings when….” 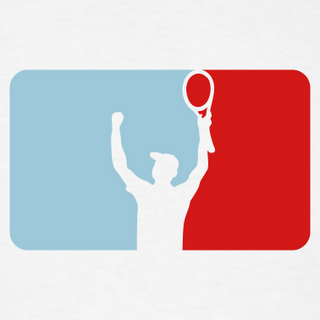 10. Everyone cannot shut up about that Grand Slam that eludes them.
9. Tournaments know they can gift them a car instead of prize money and they actually take it!

8. A 12 pack tennis bag suddenly becomes inadequate and needs to be accessorized with a European carry-all/satchel/clutch.

7. They have on one side strangers who passionately detest them, and on the other those who want to marry them.

6. Belts, biker/cowboy boots, shorts with belt buckles and belts, animal prints, and lace start to feel more comfortable and acceptable during a match.

5. They have a charity they do not know about.

4. Hollywood is convinced they can act as well as they serve.

3. Their personal childhood hero suddenly changes from a multiple slam champion to some insignificant distant relative like a “mum or a dad”.

2. They withdraw from every tournament but the ranking does not slip.

When Restrain Just Won’t Do!

I am always for displaying great sportsmanship and conduct, but I do get a kick...

Leave a reply Click here to cancel the reply